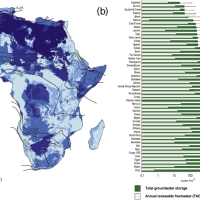 No one should want war. Especially, we should not want an unjust war fought on spurious grounds for questionable motives. Yet such a war is unfolding in Mali, and this is just one a step in what John Pilger described in the New Statesman as

“A full-scale invasion of Africa”

Justification for each step is being dispensed by the spoonful, so that the taxpayers who foot the bill don’t catch on too quickly and kick up a stink. But this is not medicine. It’s poison.

Speaking out against the war in Mali does not mean you are an anarchist, a traitor, or being disloyal to your country. It does not mean you are supporting terrorists. It just means you want to see a more serious long-term effort in trying to support political and diplomatic efforts to resolve disputes in other countries before committing to war. Even if you initially agreed with the French military intervention, you can still demand that they scale back now and allow negotiations to begin, as there are no signs of any of the threats to stability and security which led to the launch of Operation Serval.

Here is your chance to take action.

You can take a tiny step in the other direction, away from this senseless war. These are petitions against the war in Mali. I wish there was just one, but I found five so far. Maybe some of you can’t find the time or energy to sign them all in one go, but if you can find just two minutes every day or so over the course of the week, you will eventually sign three or even four. Beyond this, I am not sure what will come next, but we need to be ready to take action, to stop this madness and prevent ourselves and our countries from being forced into another decade of conflict we can not afford.

What else can you do?

Activist Berkely Hermann has written Why is No One Resisting the Mali War? on Nation of Change and suggests contacting CodePink, United For Peace and Justice, Peace Action, the Student Peace Network (if you are a student), Veterans for Peace,  Global Exchange, the Socialist Party USA, Roots Action, the United National Antiwar Coalition, and any other groups, telling them to take a firm stand against the war in Mali.

Why Should You Act?