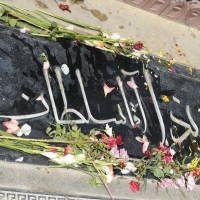 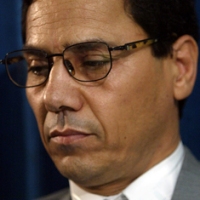 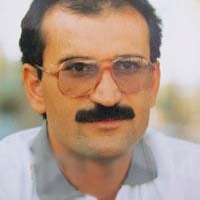 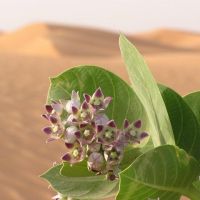 Several new arrests and some released prisoners in this week, where the good news of an Oscar win was quickly overshadowed by the parliamentary elections in Iran and the increasing impact of sanctions.

I was invited to a FaceBook event, a day of solidarity with the people of Greece, who are being steamrollered into pay cuts and other austerity measures by a government they didn’t elect. The response from the people has been dramatic and destructive. The  blog post complains that they are suffering in silence. I can’t say I agree since I have seen plenty of news coverage, but it’s the trend these days to complain that no one is paying attention, while ignoring those who are. I am not sure what it is people mean when they say thy are being ignored. What will satisfy them, an hour-long slot on CNN? My reaction is usually: try being a protester somewhere like Iraq, Mauritania or Saudi Arabia for a day, then see if you still want to complain about being ignored.

I scanned the post for information about the goal of this day of unity, to understand what we are supposed to achieve. I know the austerity measures are unpopular, so what is being demanded in their place? I found nothing, and that was a disappointment. If the goal of a protest movement is only to protest, it is too easy to become part of the problem, or even to become a bigger problem. 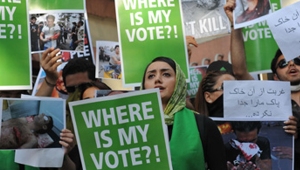 Where Is My Vote?

When people in Iran took to the streets to demand their stolen votes, they wanted a fair and transparent recount. It wasn’t long before they got sidetracked into being a protest movement with less tangible goals. With the benefit of hindsight, there are now seemingly-obvious traces of external manipulation, evident from the very start. For example, see the image on the right, of Iranians holding their English-language posters demanding “Where Is My Vote?”. Score one extra point to the Greeks for having the common sense to use Greek as their primary language before offering us translations. English wording on posters might have made a vague kind of sense in the first week, before the international press were expelled, but even that reason risked losing some validity since we heard about the US “democratic outreach” programmes. Given the current assertions from some quarters that the Israeli MOSSAD is supposedly tag-teaming with with the exiled Iranian terrorist MKO / PMOI cult, in fact it makes a kind of sense; though one which makes my flesh crawl. The slogans of June 2009 morphed into “Where Is My Friend?” as the arrests and disappearances spiralled alarmingly in the face of continued protests. They were supposed to scrap the recount idea and demand regime overthrow, or for Khamenei to step down. But it just didn’t work out that way, and most media coverage of the Iranian Green Opposition Movement these days tagged by “Dead or Alive?“.  Worse, Iranian people remain under semi-permanent lockdown, thousands are still in prison, arrests and repression continue, and they’ve lived under the threat since May 2011 of their already heavily filtered internet being replaced by an interNOT.

This is the pattern I see in countries across the Middle East and beyond:

I’ve only been watching for the past two and a half years, since the Iran election in June 2009, but I assume this is a common pattern among civil protest movements that anyone else could detect without difficulty. 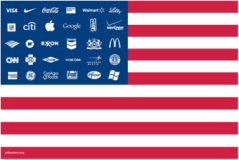 In America, when the “Occupy Wall Street” protests began, I detected an unwillingness to identify with the similar protests that had already happened in Europe, including Greece and most notably in Spain with ¡Democracia real YA! Perhaps because the Europeans demanded “real democracy”, or perhaps because OWS started out as a social media exercise devised by the Adbusters team in Canada, I have never been entirely sure. It requires certain personality traits to drive a successful protest movement, and these types may feel protective of what they regard as their idea, and unwilling to share credit or look as though that they are “jumping on a bandwagon”. If that is the case, I find it oddly undemocratic but completely human. It is also in complete contrast to the Arab uprisings, each often heard proudly claiming to be inspired by the other – with a bit of nudging from media: they do love a good hook.

Lacking a defined austerity package to protest, the Americans skipped the first phase and jumped off at Stage 2: protesting against a group – the 1% – with justifiable anger, but to begin with, no alternative solutions.  It is worth mentioning that the Occupy Movement, in contrast to all other movements I am aware of, was in receipt of significant funds and material donations from an early stage, yet having money does not seem to have advanced the cause. The authorities were happy to oblige with Stage 3, state-sponsored violence against protesters and the entire panoply of tactics (such as infiltration) to erode resistance. I suspect an opportunistic bounce off the springboard of chaos to push through unwelcome legislation while simultaneously fielding the most pathetic, uninspiring, bunch of 2013 presidential candidates imaginable, is only part of the Stage 4 response.

Help for Syria From Some Surprising Sources

(via WSJ) U.S. officials have uncovered an effort by Iran to help Syria mask its oil exports and evade an American and European embargo.

U.S. officials and shipping executives said Iran, through a Dubai-based company, Sea Enterprises Ltd., chartered a Greek-owned tanker, the Mire, to ship more than 91,000 metric tons of crude. The Mire loaded the oil from Nov. 19 to 21 at the Syrian port of Baniyas with the intention of delivering it to Iran’s Ras Bahregan oil terminal, the officials and executives said.

The Treasury Department was able to get the Mire’s insurance and registration pulled after telling company executives that the ship was carrying a product sanctioned by the U.S. and EU.

The Mire, like many international oil tankers, uses American insurance, is registered in Liberia and flies under a Liberian flag. The Liberian International Ship and Corporate Registry ordered the Mire’s owners to desist from delivering the oil to Iran, said Scott Bergeron, CEO of the Liberian company. But the owners ignored the order and discharged the shipment in Iran before eventually returning to the United Arab Emirates.

Liberia issued a notice of violation against the Mire’s owner, Eurotankers Inc. of Greece, in accordance with Liberian civil-penalty procedures. The company declined to comment.

The bloodshed continues, the Arab League observers are coming to the end of their tour – under the constant barrage of complaints that their observations are not also offering any form of protection. There are reports that the Arab League might consider an extension of the current mission for a further four weeks.

Debates on Syria’s future continue unabated, but the talk about sending Arab League troops – though they have no operational force, and would need considerably more than the estimated 3,500 troops organized under Syria [oh, the irony] back in 1948 – has quietened down a little. Al Jazeera Arabic’s poll that I posted a link to has been removed. Bassam Haddad writing in the opinion section of Al Jazeera English describes how any external military intervention would destabilise Syria, due to both intended and unintended consequences. Last word on this post surely belongs to former Syria political prisoner, released in November 2011 half way through a 12-year sentence under an al-Assad amnesty [more irony] – the dissident doctor Kamal al-Labwani:

“Time is blood now, not money. It means more victims, torture and destruction of our country.”

Public spending cuts and collapsing business confidence have sent unemployment in the eurozone to a record 16 million people, up 587,000 on the same month in 2010.

Official figures compiled by Eurostat, the EU’s statistics agency, show the heavy toll taken on the workforce by austerity measures and the slowdown in the eurozone economy during 2011.

Unemployment across the 17-member single currency area hit 16.4 million by November. The unemployment rate – the proportion of the workforce without a job – has risen only slightly over the past 12 months, to 10.3%; but many workers have given up on finding a job.

In bailed-out Greece, the unemployment rate stands at 18.8%, up from 13.3%; while Spain now has the highest unemployment rate in Europe, at 22.9%. In Germany, however, still the motor of the European economy, and as yet relatively unscathed by the downturn, the rate declined, from 9.1% to 8.1%.

The sharp divide between the strongest members of the eurozone and its recession-hit periphery underlines the tough challenge facing politicians in finding a solution to the crisis that all their voters are willing to accept.

Young workers have been hit disproportionately hard by the deterioration in the labour market, the figures reveal, with youth unemployment rates much higher than those for the workforce as a whole. In Spain, 49.6% of under-25s were without a job; in Greece, it was 46.6%.

Rising unemployment was not confined to the single currency area, however: Eurostat calculates that 23.7 million people were out of work across the EU as a whole in November, an increase of 723,000.

Separate figures also released by Eurostat on Friday showed that retail sales declined by 0.8% in the eurozone – and 0.6% in the wider EU – in November, compared with a month earlier, suggesting that consumers are starting to tighten their belts as confidence is undermined by the continuing political turmoil.

EU leaders will hold a series of meetings in the coming weeks in a bid to strike a deal to underpin the single currency and prevent strains in financial markets becoming a full-blown credit crunch.